Huge thanks go out to our Harvest Home Weekend performers!  They have generously donated their time and talent to our weekend!  Be sure to look for their performances and attend once you hear how great they sound this weekend! 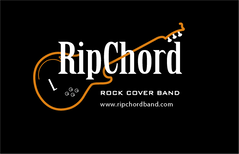 Saturday on Spalding Field: Rip Chord
RipChord is a high energy rock cover dance band from the Merrimack Valley with a song list over 200 songs deep and covering over 4 decades of music. Playing a little bit of everything for everyone. From rock to pop, country to blues, to funk, the band has been around and playing hundreds of shows throughout MA & NH since 2004.

Sunday on The Common: “Porch Creatures” 10/4, 10am-Noon, Town Common
​As housemates in Jamaica Plain who have been observing social distancing guidelines, these four independent musicians have been porch-jamming together for many weeks now.  Calling themselves “Porch Creatures”, Zoe Rose de Paz, Max Ridley, Taylor Holland and Eleanor Elektra improvise country and folk music with tight harmonies and lively string accompaniments.

​
Sunday on Spalding Field: The Distant Socialites​
Friends and fellow Carlisle dads, Carl Hansen and Dan Lennon teamed up – at an appropriate 6-foot distance, of course – to form The Distant Socialites in April 2020, performing publicly for the first time at Carlisle’s inaugural Musical Drive-Thru.

The duo brings decades of independent performance experience - along with a handful of mutual, in-person rehearsals – to the project, which showcases acoustic and electric guitar interpretations of popular tunes from throughout the last half century.
Carl has great hair. Dan is bald. They make it work. 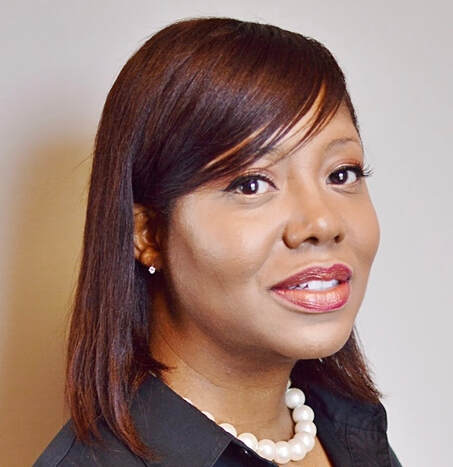 Dan Lennon:
A Carlisle resident since 2016, Dan Lennon has been singing with the Boston-based vocal band Five O'Clock Shadow (focs.com) for the last 25 years. Dan is a self-taught guitar player, and enjoys playing for friends around the campfire, and nightly at bedtime for his two young children. Some of the artists that Dan enjoys covering include Tom Petty, Men at Work, Jonas Brothers, Crosby, Stills, & Nash, among others. Dan and Carl became friends a few years back as dads of Carlisle Kids' House students.

Carl Hansen:
Carl Hansen taught himself how to play guitar in college, and nearly failed out as a result. Despite deciding to pursue an engineering career, Carl has gigged in the greater Boston and Portland, Maine areas for nearly two decades. He has performed with cover and original bands taking on genres from blues, jazz, rock, and pop to funk and country. Carl has played lead guitar for Nashville recording artist Lexi James, shared the stage with blues icon Robben Ford, and along with his brother, Peter, recorded a song with Nashville’s legendary session guitarist Brent Mason. Carl moved to Carlisle in 2016 with his wife and two daughters. He’s thrilled to be sharing Spalding Field with friend and fellow Carlisle dad, Dan Lennon. 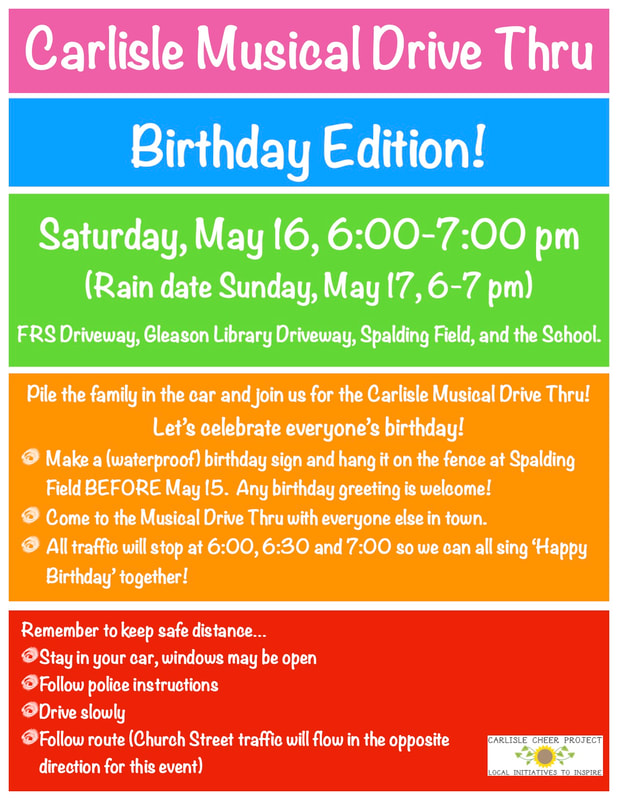 Back by popular demand!  It’s the Carlisle Musical Drive-Thru, and it's sure to be even more fun than the last one!  We’re celebrating birthdays!  Make a sign and get ready to sing!
​
Please add to the fun by putting a (waterproof) birthday sign on the fence at Spalding Field  before May 15.  We’ll all stop at 6:00, 6:30 and 7:00 to sing ‘Happy Birthday’ together!
Here are the ground rules...

Everyone MUST remain in their vehicles at all times. Drive slowly, roll your windows down and enjoy musical snippets from talented locals. Follow police instructions to enjoy the whole Drive Thru route.

​Driving Route: (follow police directions)
All Right Turns. The Carlisle Police will be on hand to direct you through the route. Church Street will be one way THE OTHER WAY past Spalding Field (Venue), Left into the school parking lot - THE OTHER WAY (Venue), Left onto Church Street, Right onto School Street past FRS Driveway (Venue), then Right onto 225 past Gleason Library driveway (Venue). Drive the route as many times as you’d like! 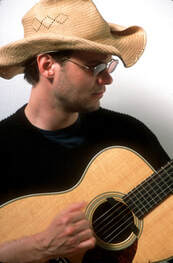 Carlisle Public School - Lower Lot Music Venue: Alastair Moock
Grammy-nominated singer-songwriter Alastair Moock has made a name for himself on the folk and Americana circuit, touring throughout the U.S. and Europe and playing renowned events like the Newport Folk Festival. When Moock’s twins were born in 2006, he turned his focus to children’s music, releasing four award-winning albums for kids and families. This spring, he returned to his singer-songwriter roots with his first “grownup” album release in ten years. The Boston Globe calls him “one of the town’s best and most adventurous songwriters” and The Washington Post says “every song is a gem.”

Yes!  He will be performing for Carlisle!  Check out his website, https://moockmusic.com to learn more!

Gleason Library Venue Music: Alex Chen Bio
For this performance, Alex will be playing guitar and singing songs that are favorites during family music time at home. He will be joined by his kids Wally (8) and Angelo (5) on backing vocals, harmonica, pan flute, and recorder. And keep an eye out for enthusiastic dance contributions from Bernadette (15 months). 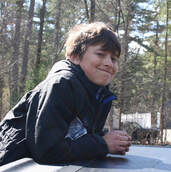 First Religious Society Venue: Adam Synnestvedt:
At 12 years old Adam has been playing guitar for 5 years but has only been working with his current teacher for a little over a year. Adam has performed at multiple open mic nights and was chosen last year to sing the National Anthem on Old Home Day. Adam’s first paid gig was in a small pub in Vermont in 2016 where the singers invited him to play a drum while they sang. He enjoys singing Michael Jackson songs and is very active. 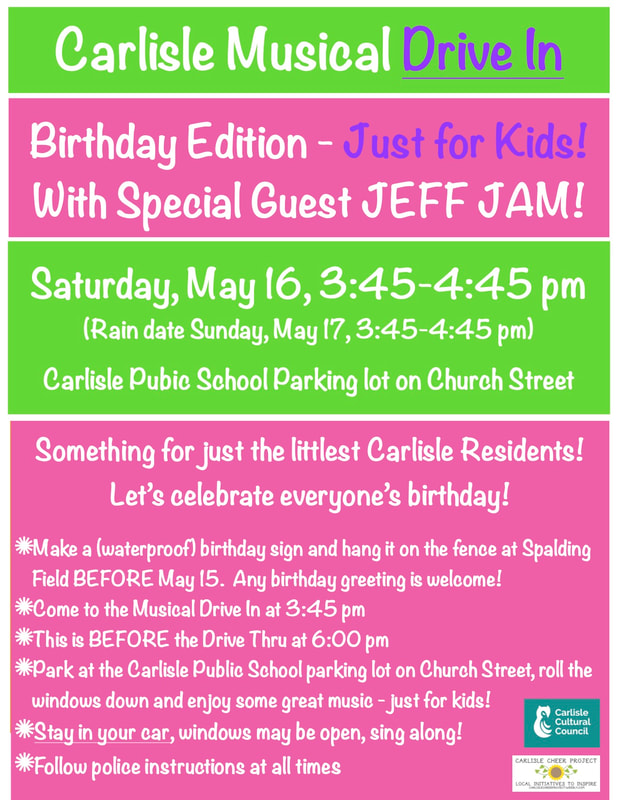 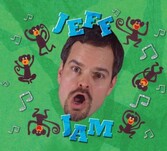 Jeff Jam is a friendly, goofy guy who sings and performs songs for children of all ages. He travels all over Massachusetts, New England, and the world with his acoustic guitar, bringing songs and smiles to children everywhere.
Born in Massachusetts, Jeff Jam grew up watching Sesame Street, reading Dr. Seuss, and listening to The Beatles. Three of his favorite things are books, music and baseball. When he gets to sing Take Me Out To The Ballgame in a library, Jeff Jam is in heaven.
Jeff Jam is a certified Music Together teacher, and leads music classes in Cambridge, Arlington, Somerville, and Belmont. He has released five albums, including his hit songs "Crazy Monkey Day" and "Bad Sandwich".
His YouTube channel features hours of family friendly songs, including his Old MacDonald video, with over 8 million views.
Named by MommyPoppins.com as "Boston's Best Birthday Party Entertainer", Jeff Jam is available for birthday parties, preschools, day-cares, libraries, toy stores...anywhere a child needs a song.  Jeff Jam's website, https://www.jeffjam.com